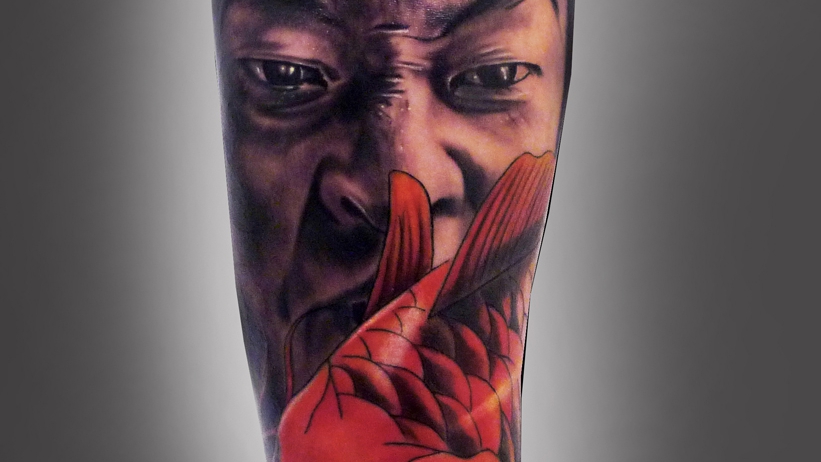 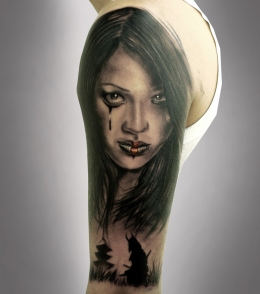 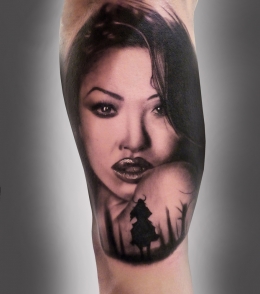 Like the Michaelangelo of body art, Silvano Fiato’s tattoos are hyper realistic and perfectly drawn. He might be one of the best tattoo artists you’ve ever seen, and that he is from Italy only emphasizes the similar distinction he shares with a great Renaissance artist. The likeness of his portrait tattoos to their subjects are done with such exactitude that you might think the tattoo was a sticker on somebody’s arm except somehow, unobtrusively, he manages to lend a part of his art to himself, and skewers the image just a little as if he were making the tattoo all his own. High contrasts of color compliment what should only be described as chiaroscuro instead of shading. He takes tattoos to a new medium and sets himself apart from his peers. His body of work also diverts from itself because Silvano can make a cherry blossom look like it was done with watercolor, and shade a portrait of Marilyn Monroe with the same precision and skill. But unlike an artist whose work will hang in the cemeteries of the art world, in stiff frames, hung on rigid walls inside cold and inanimate museums, Silvano’s tattoos are worn on arms and legs that do, and belong to bodies that live and breathe and contribute to a global conversations.