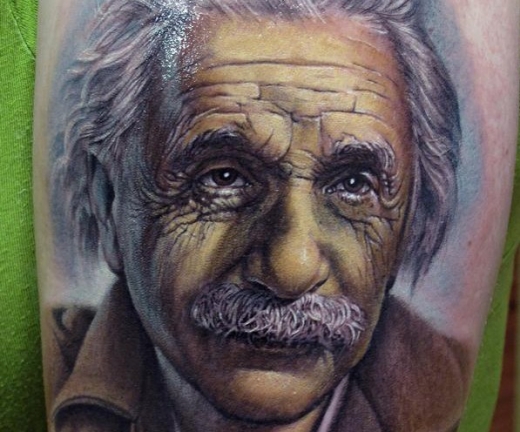 After developing his skills at Peru’s main art school and honing them at Paul Booth’s Last Rites Tattoo Theater, Peruvian born premier tattooist Stefano Alcantara has made and continues to make his mark on the New York ink scene as one of it’s best tattoo artists. One might even say that Stefano’s talent is comparable to the master of ink himself, Booth, who is featured in many top tattooing publications such as Pounded Ink’s 10 Top Tattoo Artists.

Stefano comes from a country in a class of their own with regard to tattooing, known for their unique tribal designs. Some of the earliest archaeological discoveries of tattoos were in Peru.

In 1920, archaeologists in Peru unearthed tattooed mummies dating from the 11th Century AD. Not much is known about the significance of tattooing within the culture of pre-Incan peoples like the Chimú who tattooed, but the elaborate nature of the designs suggests that tattooing underwent a long period of development during the pre-Inca period.

What strikes us the most about Stefano’s amazing work is that it appears to be 3-dimensional (even without the use of sub-dermal implants which are ever so popular in the tattoo community). Also noteworthy, he does not shy away from color in photo-realism as other artists have been known to do, distinguishing him from the well-known realism artist Kat Von D, whose over-timidity with color has been cited as her weakness in the art.

Browsing through his portfolio, one might forget that the canvas is skin, and his brush a needle. While I’m on a roll analogizing, I’d say Last Rites was the upscale car dealership and Stefano was the fancy import. Last Rites also features an art gallery with pieces selling at prices in the hundreds. And why not? Connoisseurs of fine art are not concerned with silly things such as price.

I looked for an official website for Stefano, but all I found was a parked domain. You can view more of Stefano’s work at Last Rite’s Flickr photostream and on their official website.

3 Responses to Tattoo by Stefano Alcantara